Attaching found objects to canvas, this work was inspired by the works of Robert Richenburg. The metal measuring device surrounding the face and body pays tribute to Russian Orthadox icons. The painting of the man was found at a flea market, to which objects and lights were attached. The two shot glasses at the left can be removed to be used for offering a toast. The song "If Only", original music composed and performed by Malcolm Potter, was inspired by the painting. 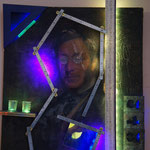 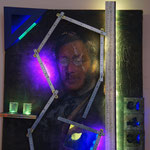 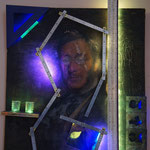 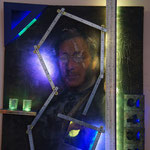 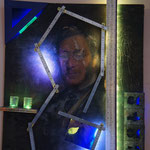 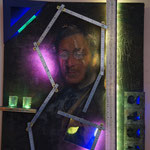 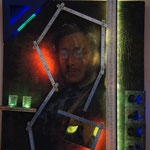 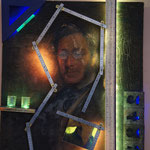 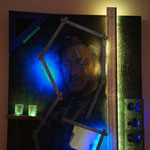 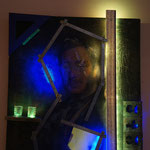 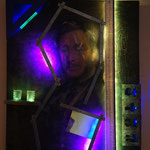 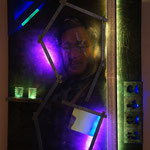 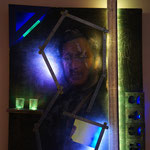 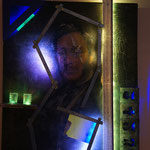